Archive for the category “The Racer’s Edge” 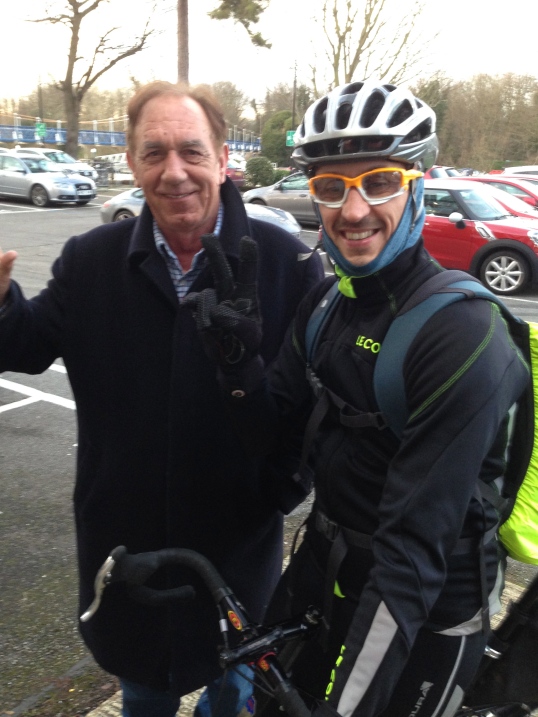 Regular readers of this site will be familiar with the GP Tours logo to your right.  It’s there because I’ve been a GP Tours fan for many years.  I like the people who run the business from Newport, California, and I like the tours they generate. They’re about race fans travelling with other race fans to some of the greatest circuits in the world – Monaco, Spa, Silverstone, Austin and many more.

What I’m particularly excited about this year is a new free-to-enter competition they’ve put together, the prize for which is a fully-catered trip for two to the 2015 Monaco GP. How to win? Choose your top eight finishers for each of the 2014 F1 races; points will be awarded when you select the right driver for the right finishing position, with bonus points if you make your choice prior to FP1 or Q1. Go to http://www.gptours.com/pick8 for more details – and where you’ll find the list of runners and riders and your entry form for the 2014 Rolex Australian Grand Prix.

Who to select for Melbourne?  On our YouTube Channel (www.youtube.com/peterwindsor) you will find recent interviews with three of Autosport’s top journalists – Edd Straw, Glenn Freeman and Ben Anderson.  I asked all three to predict their AGP winner, so that should be of help.

In addition, I asked Rob Wilson (above, with a disguised F1 Racing Editor, Anthony Rowlinson, pictured after a recent TRE filming session) for his top eight. Rob is not only one of the world’s leading driver coaches and regular guest on The Racer’s Edge but also a remarkably perceptive motor racing observer. His list is a little specialized, as you would expect with a guy who also plays bass for Grand Prairie, but he nonetheless diligently exercised his grey cells when we asked him for his selections. And don’t forget that Rob has worked closely with ten of the F1 drivers who will be starting the 2014 season in Melbourne. This is his top eight for the Australian GP:

Obviously Rob’s counting on a few of the fancied runners (Lewis, for example, and Fernando) having mechanical dramas and he’s also clearly discounting the Renault runners at this stage (although he did nominate Daniel Ricciardo to finish P9).

Anyway, that’s Rob’s list.  Now you have a go.  There are 20 races from which to accumulate points, so don’t be too discouraged if you don’t get it right first time. (Indeed, seeing as how I think Lewis is going to win in Melbourne, I guess this is something I should be saying to Rob!).

Disclaimer:  Although I’m a GPTours fan, I should make it clear that I work with the company at selected races on the F1 calendar, talking to the guests and interviewing drivers.

There are a lot of unanswered questions out there when it comes to 2014. We can go on for as long as we like about the technical details but it’s difficult, at this point, to know exactly how it’s all going to settle. The teams aren’t sure, which means the drivers aren’t sure – which means that we, the fans, can’t be sure either.

We can but push, however, and to this end I sat down last week with Rob Wilson to talk about the driving fundamentals that may or not be relevant to 2014. We were joined on line by Tom McCullough, the very talented pit lane engineer who worked in IndyCar and then at WilliamsF1 before joining Sauber towards the end of 2012. Having helped to turn that team around mid-season, and secured some consistently strong results with the driver he first met at Williams – Nico Hulkenberg – Tom is now joining Nico at Sahara Force India for 2014. Here’s how the conversation went:

Emerson Fittipaldi stepped onto the F1 throne near the end of the reign of Jackie Stewart. And, for a while out there, he was every bit the JYS. Polished and classy at the wheel of Lotus 72s and McLaren M23s, Emerson also emerged as a major crusader for circuit and car safety. Many drivers  spoke the right words in Barcelona,1975, when the guardrails provided only casual protection…but it was Emerson (plus his brother, Wilson, and Arturo Merzario) who took the first flights home in protest. It was only when Emerson arrived at Geneva airport on Sunday afternoon that he heard that five bystanders had lost their lives in Rolf Stommelen’s horrendous accident. Emerson’s legacy therefore says it all:  Carlos Pace, Nelson Piquet, Ayrton Senna, Rubens Barrichello, Felipe Massa…plus 24 others. The Brazilian Grand Prix has been a firm fixture on the F1 calendar since the day Emerson almost-won that non-championship race at Interlagos, 1972. David Phipps’ race report in Autosport the following Thursday said it all:  “It was as if Pele had missed an open goal,” wrote David of the last-lap drama that robbed Emerson in front of his home crowd.  He would make up for that disappointment by going on to win three Grands Prix in his native country – two at Interlagos and one (non-championship) in Brazilia. On a frantic Thursday in Sao Paulo prior to this year’s edition, I spoke to Emerson in his downtown office. As is always the way with Emerson, his eyes did most of the talking. Call it infectious enthusiasm for a sport he has always loved.

I was fortunate to be able to spend a little time with Mark Webber as he prepared for his last F1 race – the Brazilian Grand Prix at Interlagos.  We met early on Friday morning, at the Grand Hyatt in Sao Paulo, and chatted together en route to the circuit.  Mark’s demeanour, I think, said it all:  he was happy with his decision to retire from F1;  equally, he is looking forward not only to some time off with family, friends and menagerie but also to a new challenge with Porsche in 2014.

Last week being  US GP week – one of the biggest events on the F1 calendar, with a history going back to Sebring, 1959 – we ran a decidedly American-themed edition of The Racer’s Edge.  It begins in the UK with Jim Clark’s 1966 US GP-winning Lotus 43-BRM and it continues on to Austin Texas, where we looked at some of the elements of the latest US GP venue, at the positioning of F1 in the USA – and where we caught up with a Hollywood actor with more than a passing interest in F1.  Here are all four segments.  The show begins up near Liverpool, not far from Aintree, as it happens.

In Parts Two and Three of this week’s show – specially segmented for YouTube viewers – we have a look at some of the pits-to-car radio transmissions and what they actually meant for the drivers. Rob Wilson remains in the studio to help me analyse some of the instructions and we’re joined, too, by Giedo van der Garde, the Dutchman who is starting to look very suited to an F1 grid. Most of the talk is directly related to last weekend’s Abu Dhabi Grand Prix but there’s always room for reflection!  Enjoy – and remember that you can now see (or listen to) the complete version of Episode 36 as an iTunes download.