Farewell to a genius, a racer and a very good man 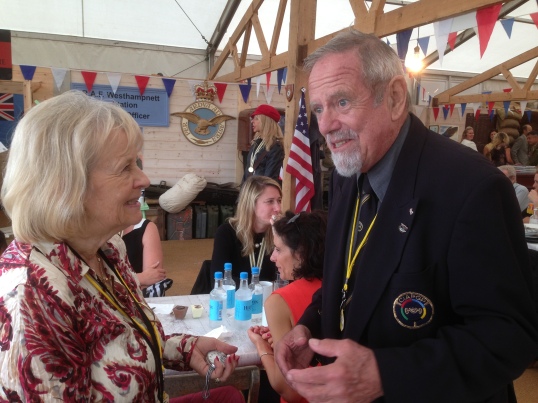 I was very saddened to hear of the recent passing of Peter Westbury.  He was one of my heroes as I grew up in the 1960s, reading old copies of Motoring News and picturing the races in my mind long after they’d been held; and when I first met him in the 1970s I was not disappointed. Peter will be remembered by many as the Championship-winning, bearded hill-climber who made four-wheel-drive a pre-requisite for any sort of success. He was an engineering genius – the man behind Felday Engineering (along with the very likeable Mac Daghorn).

Much more than that, however, Peter inspired no lesser driver than Jim Clark: intrigued by Peter’s ground-breaking Felday four-wheel-drive, 2-litre BRM-powered sports car, Jim approached Peter about possibly racing the car in the Guards Trophy race at Brands Hatch in 1966. Jim duly turned up on the race weekend – and loved the car from the moment he sat in it.  I asked Peter once about that momentous time.

“I don’t remember a minute when Jim was not absolutely in tune with it,” he said. “He just adapted to it naturally. It was an absolute pleasure to watch and to share. He could make the car understeer or oversteer at will and was also very detailed with his descriptions. I never went along with that stuff about Jim not being a good test driver. He was superb.”

Thanks to Peter Darley, the official Team Lotus photographer at the time, we can see Jim and Peter on the grid at Brands, discussing last-minute details (with, in the background, former driver, Henry Taylor, who was by then head of Ford’s Competition Department). Note Peter’s standard-issue Firestone jacket with added “Felday” logo. 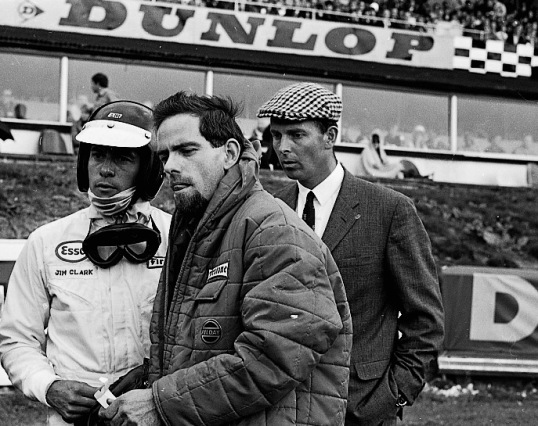 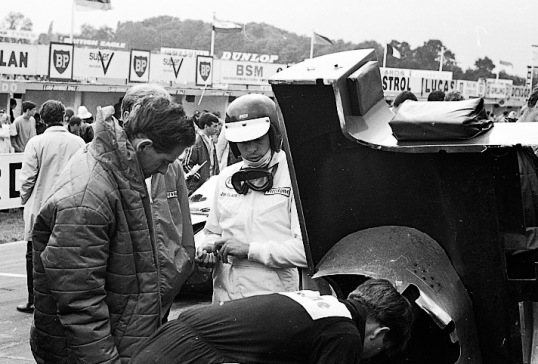 Peter was a very fast and able racing driver in his own right, eventually progressing to the front of international Formula 2 racing in 1969-70 with a beautifully-prepared Brabham BT30. (Peter is pictured below – photo courtesy of LAT Photographic – at the 1969 German GP, when F2 cars ran alongside the F1s.) Thanks to his long-standing ties with BRM, Peter was also invited to drive an F1 BRM P153 at Watkins Glen at the end of 1970.

Articulate and well-informed, Peter was always enthralling. I last saw him at Goodwood two years ago, when we chatted at length with Sally Swart, Jim’s ex-girl-friend (top). Peter was telling me how much he was enjoying his retirement in the Caribbean (St Lucia), where he spent much of his spare time in support of the Grand Prix Drivers’ Club (as per the logo on his blazer). He had plenty to say about modern F1 – and most of it was constructively good.

He that sort of man.

Peter Darley’s superb photographs can be enjoyed in two current books – Jim Clark: Life at Team Lotus and 1965: Jim Clark and Team Lotus – the UK Races.  His next volume, Pit and Paddock, will be published in early 2016

A day of Firsts

Silverstone. 1970. The Daily Express BRDC International Trophy in association with GKN.  A non-championship F1 race, true enough – but an F1 race nonetheless.  BRM and Ferrari stayed away but the field still included such names as the 1969 World Champion, Jackie Stewart, Jochen Rindt, Chris Amon, Jack Brabham, Piers Courage, Denny Hulme, Bruce McLaren and Graham Hill. Even more significantly, Jackie and Chris were both racing irascible March 701s, Jackie on Dunlops, Chris on Firestones. No driver felt comfortable with the handling of the new Robin Herd-designed March that year but there was no turning back: Ken Tyrrell had bought 701s for Jackie and Johnny Servoz-Gavin/Francois Cevert as stopgaps prior to the late-summer completion of Derek Gardner’s prototype Tyrrell; and Chris had left Ferrari for what he perceived to be the better reliability of the Ford Cosworth DFV. He signed for March long before he knew that Jo Siffert, Mario Andretti and Ronnie Peterson would also be racing 701s – and that was in addition to the two Tyrrell March drivers.

By any standards, then, the racing was going to be close.  No-one doubted Jackie Stewart’s talent; finally, though, we were going to see Chris Amon up there in direct competition with him, their difference in tyres notwithstanding. Chris had won big sports car races for McLaren in 1965/66, had won Le Mans for Ford in 1966 and had been a major front-runner at Ferrari from 1967-69.  Always, though, with an F1 victory in sight, a mechanical drama had intervened – particularly in 1968, when the Ferrari V12 had been truly quick.  Thus Chris’s desire to race in 1970 with the three-year-old (and very proven) DFV engine design.

It had been tense from the start.  In South Africa, on March 6, Chris and Jackie qualified second and third behind Jack Brabham’s rapid new Cosworth-powered BT33. The lap times of the two March drivers were identical but Chris took the honour because he had been out on track first.  Jackie then scored two wins in a row – at Brands Hatch on March 22 and then in the Spanish GP at Jarama on April 19. On both occasions, Jackie’s Dunlops had had the edge and Tyrrell’s preparation and organisation had proved vastly superior to the unwieldy factory March set-up. With the new Ferrari showing lots of promise in the hands of Jacky Ickx, Chris was wondering again if he was ever going to win an F1 race.

Then came Silverstone where, as at Brands, March entered just one works car for Chris Amon. Tyrrell did likewise with Jackie. It would be something of a showdown…

Thanks to the AP Archive, we now have a brief video taste of what happened next.  In its original form this hithertoo-unseen film had no sound and so I hope you enjoy the comments I’ve added, together with some freeze-frame analysis of Amon, Stewart, Rindt and Courage. I was also delighted to discover a little F3 footage in the opening sequence so I’ve included that, too.  F3 was brilliant back then and David Walker was on the threshold of a golden period that stretched through to the end of 1971.  I first saw Dave race at Catalina Park, Katoomba, Australia, in 1964 and quickly became a fan. I liked to think I was the only guy with a “Dave the Rave” Walker GLTL tee-shirt this side of Avalon Beach, NSW, and I spent many happy hours with Dave in 1972, when we were both experiencing a full season of F1 for the first time (he as Emerson’s team-mate at JPTL, I as a young journalist working for David Phipps).

Both drivers, though, would not forget this day: