Archive for the tag “Johansson”

I’ve given up waiting for John Surtees to be awarded a knighthood so I’m just going to go ahead and call him “Sir John”  from here on in.  Anyone who can drive and engineer F1 cars as well as he did – and  win World Championships on both two wheels and four – deserves to be a Lord in my book, let alone a Knight.  Accentuating the theme, I came across this photo in the files the other day: it’s of me wearing Sir John’s 1964 Championship-winning Everoak helmet, taken in the house of Gert Kramer in 1984.  Gert is a friend who used to work for Daimler Benz; and, as you can see from the other photo, he has/had one of the best F1 driver helmet collections in the world.  Senna?  Prost? Reutemann?  No problem.  And, yes:  that is Nigel and Rosanne Mansell there with Stefan Johansson. 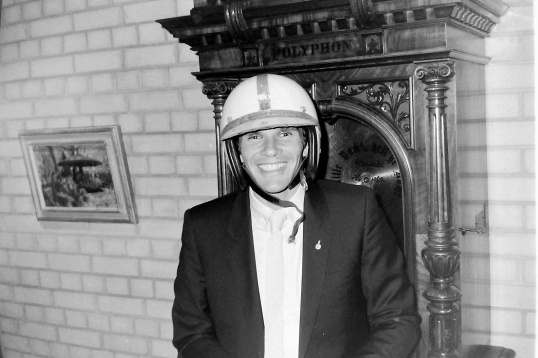 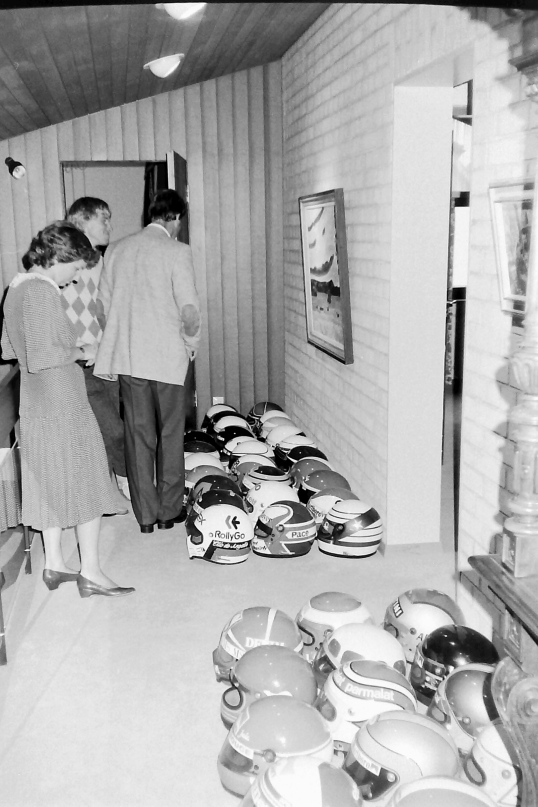