…And now for a bit of fun 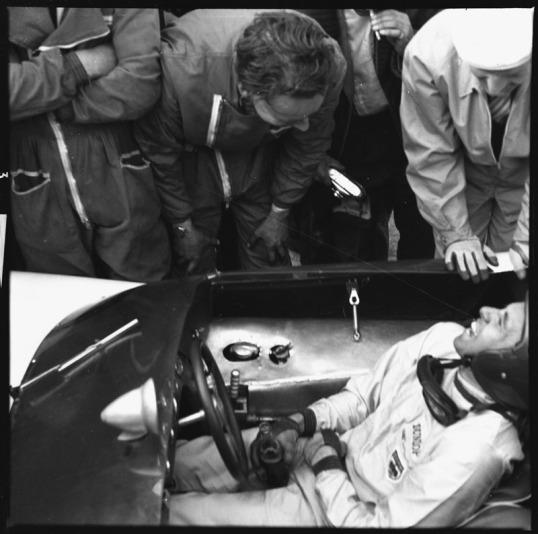 Jim flew from Newark straight back to the UK…even though the USGP was to be run at Watkins Glen on October 6.  Jim’s 707 probably passed in the night the BOAC Canadair CL44 heading in the opposite flight path with 19 F1 cars on board – the largest single F1 airlift yet seen.  As tempting as it might have been to spend a few days in the States – perhaps even to test one or two of the sports cars he was now scheduled to drive  there in a month or so – Jim stood by his obligations.  He was entered to drive the Normand Lotus 23B in the Autosport-sponsored Snetterton Three Hours and also to have his first race in the works Cortina-Lotus on the same day (Saturday, September 28).

In today’s parlance, that roughly amounts to Sebastian Vettel flying back to Germany after the US GP in Austin to race a Mini and then re-joining the F1 circuit in Abu Dhabi.  The thing is, Seb would cause a sensation if he did that.  Jim Clark?  Even though he had just won the World Championship, and was setting records all over the world in a variety of different cars, an astonishingly small number of spectators actually travelled to Snetterton to see him drive.  And it wasn’t only Jim who drove up the A11 this weekend 50 years ago:  Jack Brabham, a double World Champion, would drive the Alan Brown Galaxie;  Jim’s team-mate, Trevor Taylor, would race a Team Elite Lotus Elan and Sir John Whitmore the Stirling Moss re-bodied Elan;  Denny Hulme was there in the works Brabham FJ and both Mike Parkes and Jack Sears were out in Ferrari GTOs.  Today, we can only drool at the line-up;  at the time, it appears as though the British fans were disappointed that the Three Hours would be run as a day race rather than as the traditional day-nighter.  One can understand this to some extent – but to boycott a race for which Jim Clark had flown all the way back from Trenton?  Fifty years on, it defies belief.

On the plus side, of course, there were few traffic jams and race day was free and easy, with Autosport organizing sumptuous hospitality courtesy of Martini and Rossi.

And it’s nice to record that Jim’s travels – and jet lag – were entirely worth it:  he sliced past Jack’s GTO on the opening lap, lost out to the superior power of the Tommy Atkins Cooper Monaco driven by Roy Salvadori but then took over a commanding lead when the Cooper blew its engine.  Jim then won as he chose, drifting the beautiful little 23B through Coram and Riches with fingertip precision.  Jim had won this event in 1959 at the wheel of Ian Scott-Watson’s Border Reivers Lotus Elite and now he had returned as World Champion in one of the nicest racing cars yet built by Lotus.  He loved every minute of it.

There was more to come, too:  Jack Brabham won the Slip-Molyslip Trophy race for saloon cars but Jim finished second overall, and won his class, with the new Lotus-Cortina.  Supported by new transporters and tow cars, the Ford-backed Lotus-Cortina programme set new standards in every department, not the least of which was pace: Jim was approx three seconds quicker than the fastest Jaguars.  He also introduced to the public for the first time the concept of three-wheeled cornering:“I again drove a saloon car,” he wrote in Jim Clark at the Wheel, “this time a racing Lotus Cortina at Snetterton towards the end of the 1963 season.  This proved to be a real laugh.  I kept finding the inside front wheel lifting off the ground.  This set me thinking, so I started going closer and closer to the semi-circular rubber tyres which mark the inside of one of the bends.  Eventually I found that I could tricycle the corner with the front wheel well over the tyres on the inside.  When I had practiced the car at Oulton in the gold Cup meeting I had had another odd experience.  I found that if I went into Cascades hard enough, both inside wheels would come off the ground but this was a very hairy thing, and not to be recommended if you wanted to stay on the road in one piece.” 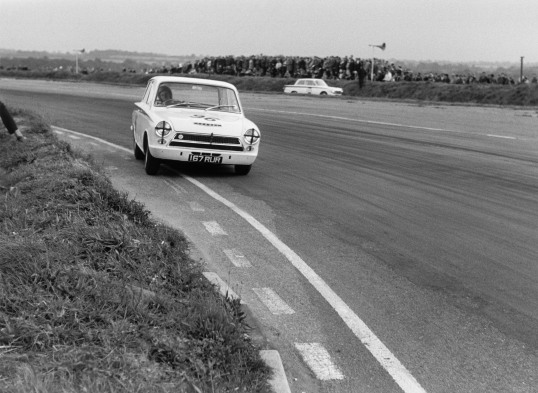 How did Jim remember weekends like Snetterton?  “I had a lot of fun on these occasions.  It was a great relief to find that I could still enjoy light-hearted dicing after the tremendous strain of the Grand Prix battles which had won me the Championship.” 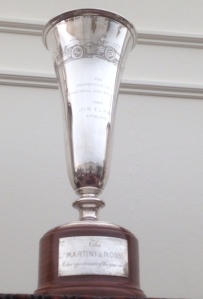 For the record, Jim not only won the Martini and Rossi Trophy for his victory in the Three Hours but also the Daily Mirror Cup for being the best-placed driver of a British car in the saloon car event and the Autosport trophy for winning his class in that championship during the season overall. With his engine losing power in the closing stages of the saloon car event, Jim did try to stage another dead-heat with his Team Lotus F1 team-mate, Trevor Taylor (who drove the other factory Lotus-Cortina) but the verdict went to Jim by a couple of feet (reported the excellent Mike Kettlewell in Autosport).  Denny Hulme duly won the FJ race from the talented David Hobbs (MRP Lola), Alan Rees and Timmy Mayer; and Sid Taylor, featured recently in The Racer’s Edge (interviewed by Alain de Cadenet, Episode 28) drove his Elite home to second in class in the Three Hours.  Jack Sears, who had driven Willment’s Galaxy and Lotus-Cortina (finishing behind Jim and Trevor at Snet) also clinched the British Touring Car Championship at this meeting.

Racing over, Jim had time for a day in Scotland before leaving again for the US.  For this race, Team Lotus would be entering a third car for the winner of the recent Canadian GP (for sports cars) – Pedro Rodriguez.

Captions, from top:  Surrounded by well-wishers, Jim sips a bottle of Perrier after his win in the Snetterton Autosport Three Hours with the Normand Lotus 23B. Neither of his team-mates – Mike Beckwith and Tony Hegbourne – finished the race but Jim enjoyed a trouble-free afternoon. Note the absence of seat belts. Amazing to think that Jim had only a few days before raced the Lotus 29-Ford at Trenton, fully strapped-in;  Jim’s first race with a Lotus-Cortina.  Sadly here, at Riches, there are no half-tyres over which to lift the inside front wheel, so Jim can only drift the car in his usual way. In the Cortina Jim did wear belts but there was no roll cage  Images: LAT Photographic