Part Two: “It was that sort of circuit…”

Although Peter raced  for Canada on snow and Tarmac, he was actually an American citizen

Peter’s smudged caption says it all.  John was tragically killed at the Garmisch downhill in 1959 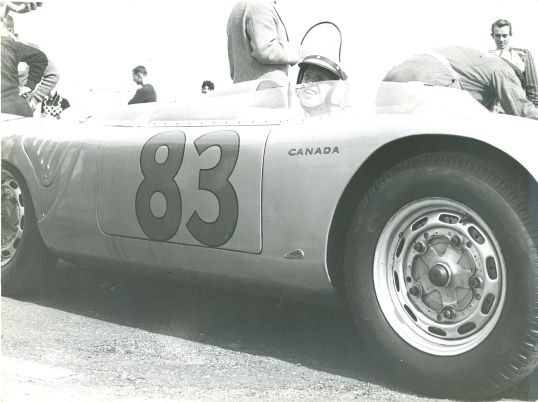 Stirling Moss struck trouble with third gear and a damaged radiator at Mosport in 1961, but Peter Ryan was right up there with him in a similar car (Lotus 19).  Peter won the race – the September 30 Canadian Grand Prix for the Pepsi Cola Trophy.  Note maple leaf logo on the door

Having caught the attention of Colin Chapman, Peter was invited to race a third works Lotus 18/21 (to be entered by J Wheeler Autosport)  in the US Grand Prix at Watkins Glen the following week.  He qualified on the seventh row (ahead of such names as Olivier Gendebien, Roger Penske and Jim Hall) and finished an excellent ninth.  Peter moved to Europe for 1962 but was killed in a Formula Junior slipstream race at Reims when his Ian Walker Lotus 22 touched wheels with Bill Moss’s Gemini.  Wrote Peter Garnier, the Sports Editor of Autocar: “During his all too-brief-spell on British and Continental circuits, he had proved himself to be extremely skilful and fast, with just that touch of fire which can often indicate the makings of a great driver.”

All photos courtesy of the Ryan Family Collection