Archive for the tag “Russia” 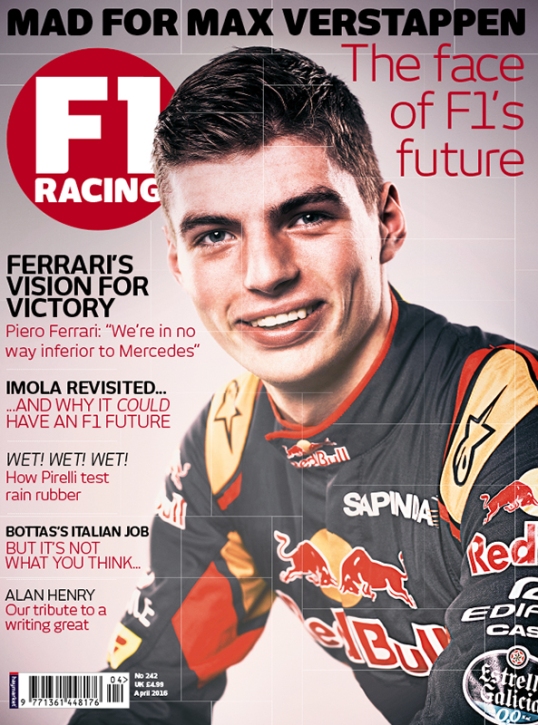 It was 50 years ago that Graham Hill summed it up:  “Difficult to believe that a bunch of so-called racing drivers can’t all head into the first corner without running into one another…” He was talking, of course, only a few moments after the famous 1966 Indy 500 rolling-start multishunt. As on-the-button as Graham was back then, he would be astonished to see that nothing’s changed. First, McLaren’s Fernando Alonso runs into the back of Esteban Gutierrez at high speed in Melbourne. Next, Valtteri Bottas t-bones Lewis Hamilton at Turn One in Bahrain. Then the two Ferraris hit one another in China’s Turn One. Now, in the latest demonstration of ineptitude, both Daniil Kyvat and said Gutierrez ram the cars in front of them in Russia’s Turn One.  And Turn Two, in the case of Kyvat.

Kvyat’s demotion to Scuderia Toro Rosso from next weekend’s Spanish GP onwards is a double-whammy for Red Bull.  One, they hope it will sort out the volatile Daniil. Second, and much more importantly, they are able show the world that the brilliantly-talented Max Verstappen is very much a Red Bull driver, thankyou very much (Ferrari, Mercedes and anyone else who might think of poaching him).

I’ve never been a massive fan of the Red Bull driver programme, I have to say. I applaud the company’s commitment to motor racing, and the opportunity they have given, and are giving, to drivers like Vettel, Ricciardo and Verstappen, but I wince at the lack of real training for those of lesser natural talent:  instead of methodical, hard work – of the type that Rob Wilson drums into drivers of the quality of Valtteri Bottas, Nico Hulkenberg, Marcus Ericsson and Alex Lynn, to name but a few, the Red Bull system seems to thrive on arm-waving, innuendo and fierce discipline. To put it bluntly:  there’s no point in disciplining a driver if he doesn’t know the fundamentals in the first place.

As quick as Daniil is, he quantifiably lacks the critical elements that come so naturally to drivers like Lewis Hamilton and Max Verstappen.  You can see that when you stand on various corners at various circuits – at Turn Nine in Bahrain, for example, or at the entry into Turn Three at Barcelona. Funny thing, though:  I’ve never seen a Red Bull Driver Executive at any of these vantage points.  Had they been so inclined, it might have saved them a lot of money over the years. Think of the loot spent on, say, Scott Speed, Jaime Alguersuari and Jean-Eric Vergne (at least $50m, if you compute the cost of buying the Minardi team in order to give Speed a drive), and you see what I mean.

Carlos Sainz is also in the Red Bull bump-zone.  He has a lot of people around him, telling him that he’s ultra-quick and just as “good” as Max, yet the variables of race day tell us otherwise:  Max is all subtle input;  Carlos is all reflex and car control. Max manipulates the car; Carlos eventually recognises his survival instinct. Sainz is good enough to be a winner…but he needs to work hard on the fundamentals he lacks. And, to do that, he needs to discover those fundamentals in the first place.

It shouldn’t be a hit-and-miss thing: drivers like Sainz and Kyvat can definitely perform at higher levels – but they need to focus on the elements that are critical rather than numbers that can mislead on the standard, digital telemetry charts.  That’s why golfers like Jordan Spieth and Rory McIlroy have other guys watch their swing: the telemetry is there for them in the Titleist and Nike labs but it’s no match for “doin’ what’s right” on the practice range.

It’ll be interesting, of course, to see how Sainz and Kyvat slug it out: Daniil creates slightly shorter corners but Carlos has the Latin flair. In the A-Team, meanwhile, we now have two superb racing drivers. Daniel Ricciardo and Max Verstappen are a Dream Team by any standards; and it’s my bet, if Daniel R is correct about the RB12 being capable of winning this year, that Max is not too far away from his first F1 victory.

Anyway, I talk about this, and a bit more, in these two video reflections from Russia. I posted them on YouTube just before the Kyvat announcement…but the rationale is all there.

I have also written in depth about the talent of Max Verstappen in the latest edition of F1 Racing.