Archive for the tag “Balfour Place” 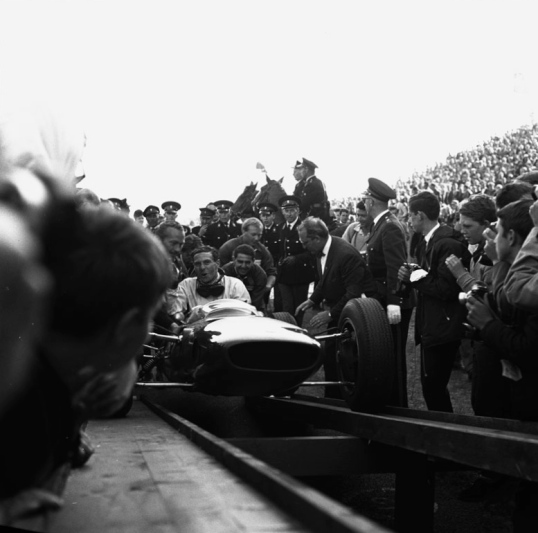 Jim’s whirlwind 1963 season continued unabated – even when he wasn’t driving a racing car.  The Belgian Grand Prix had been a relief;  it had been tough and dangerous;  it had been nothing less than the usual forces of Spa.  At last, though, he had scored another F1 Championship win with the Lotus 25 (his last, prior to that, had been at Watkins Glen, the previous October).  At Spa the car had again been excessively temperamental – difficult to set-up and fragile (with the persistent gearbox problems still no nearer to being remedied).  Still, though, he had won with enough margin to be able to back away in the closing stages and to crawl around in the torrential rain.

Then came a nice, two-week break.  Jim returned first to London, to Balfour Place, where there was plenty to celebrate with Sir John Whitmore and his new wife, Gunilla, and also with the boys over at Cheshunt.

There were expense accounts to present to the ever-scrupulous Andrew Ferguson and there was Indy prize money to reconcile.   There was also a new, convertible, Lotus Elan S2 to collect and try.   Painstakingly assembled at the factory, this Elan would be Jim’s transport through to October, 1963.

Jim had appointed Bill Campbell to manage Edington Mains but now it was time for Jim to return to the Borders to catch up on the events – farm-related and otherwise – of the past six weeks or so.  More and more, there were additional interviews to be scheduled with local TV, radio, newspaper and magazine journalists.  Ian Scott-Watson, who had already invested £40,000 of his own money in Jim’s career – and was paying his own way to several European events in 1963 – was still very much in charge of Jim’s racing administration.  Graham Gauld, a local motoring journalist whom Jim had respected from the early Border Reiver days, was also in position to start preliminary work on Jim’s autobiography.  And then there were the farm matters.  The lamb sales were looming.  Cast ewes were to be bought.  Silage was in the first cut. Most days, with an interview or Lotus-related meeting scheduled at some point, Jim wore a shirt, tie, sports jacket, flat cap and Wellington boots as he strode around the farm.  Sometimes, if he could relax, he’d leave out the tie.  In short, Jim switched off for a while, although the inevitable Autosport and Motoring News were never far from his desk.  He would have smiled that week at the picture in Autosport of the USAC race official pointing to the oil leaking from Parnelli Jones’ car during his last pit stop and he would have spent a little time, too, reading about the Rover-BRM turbine car that Graham Hill and Richie Ginther would be racing at Le Mans the following weekend.  And, of course, he would have devoured the details of the previous week’s Scottish Rally (won by his fellow-Border farmer, Andrew Cowan).   Andrew and Jim – who were 27 and 26 at that point – had much to celebrate in Duns in the free weekend that followed. 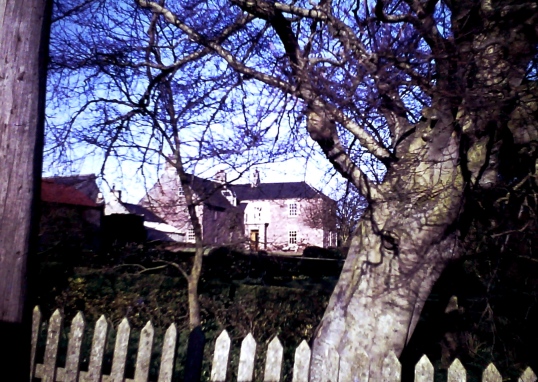 All too soon, though, it was over:  ahead lay a Dutch and French Grand Prix double, followed two weeks later by the British Grand Prix.  With Ian driving his own, yellow Elan demonstrator to Zandvoort and then Reims, Jim drove south to travel to Holland with Colin by private aircraft from Panshanger Aerodrome in Essex.

A year on from their official race debut, the cars weren’t ready for first practice at Zandvoort – which, from Jim’s perspective, was no bad thing:  as much time as was needed to fix the gearbox problems, Cedric Selzer and the lads could have it.  As it was, Team Lotus brought a mixed bag to Holland:  Trevor Taylor would use a six-speed Colotti gearbox and Jim a modified five-speed ZF. The cars were also fitted with revised versions of the aeroscreen tried at Spa – this time with a larger opening and a steeper flare ahead of the dash.  Jim quickly found that, with the new design, buffeting had all but disappeared;  white helmet peak now confined to his bag (or lent to Dan Gurney!), he could lie even lower in the car.  So Jim raced it.  The 25’s Ultimate Look was almost complete. 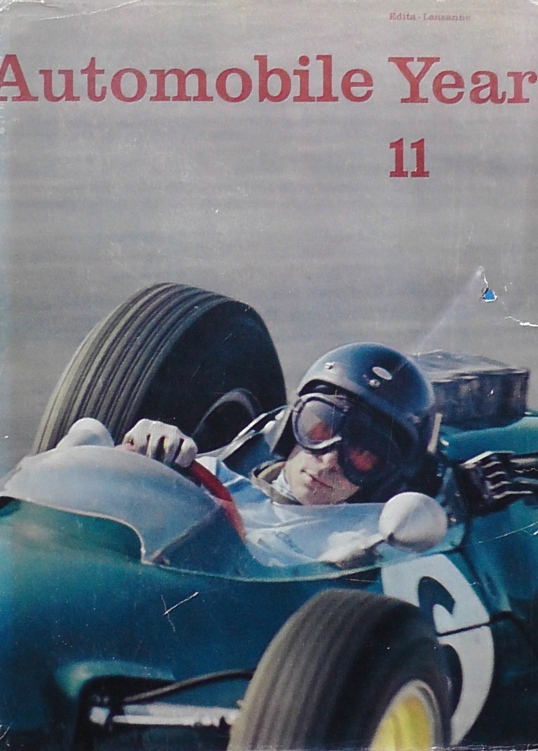 For this race, thinking about the potential for dust and sand, Jim fitted an orange lens to his Panorama goggles, taping the top half, as usual.   He stayed with the team in a small bed-and-breakfast in the little holiday town of Zandvoort and went trampolining with Bruce McLaren on the beach after practice.  The Dutch Grand Prix was being staged later than normal.  The weather was warmer.  The crowds were huge.

Jim tried the Colotti in practice, then switched to the ZF.  He was unsettled to find that it was now jumping out of second gear rather than top.

While waiting for his car to be adjusted during Saturday practice, Jim strolled out the back of the pits to watch the action.  Against a chill North Sea breeze, he wore his now-customary Pure jacket over his Dunlop blues and his regular string-backed driving gloves.  There he found his mate, Bruce McLaren, who was also in gearbox trouble with the Cooper-Climax (in this, a “comeback” race for John Cooper, who had been seriously injured in early April when he had crashed an experimental twin-engined Mini-Cooper on the Kingston by-pass).   The two were having a laugh, and comparing notes, when suddenly Bruce was grabbed by a policeman and dragged backwards towards the paddock.  Jim spun around in horror – only to see another policeman heading towards him with about the same step.  The issue at hand:  Bruce McLaren, without his Driver’s pass, was standing where only photographers could tread.  Jim was about to protest Bruce’s innocence when two big hands grabbed him by the Pure jacket and attempted to drag him too towards the shrubbery.  Jim’s Dunlop overalls were torn;  and a large crowd swarmed around, all shouting at the policemen to stop. 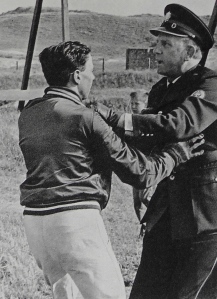 Jim had the correct pass! It was there, visible inside his jacket!  In time, there was little the police could do.  It took a reminder that Zandvoort was about to receive the GPDA’s “Best Organized” award, however (as voted by the members at Monaco), for Bruce to be released.

Although the story of Jim Clark’s Dutch GP weekend is thereafter a story of complete domination, of total command, there was, of course, another side to it: Jim felt that the revised Dunlop R6s brought to Zandvoort were an improvement but still he couldn’t persuade the 25 to handle well on both fast corners and slow:  although he headed every practice session and took the pole by 0.6 sec, he had to nurse understeer at Tarzan and – more importantly, at Hunze Rug, where the slow, downhill left-hander was followed by a long acceleration run through the sweepers.  Even so, he led the race from start to finish, lapping even Dan Gurney, who finished second for Brabham.  The sun shone, sand swirled – and still Jim drew quickly away from the pack.   His was a race of supreme concentration, for there was no-one around for him to race.  It was two hours, nine minutes of lone, artistic brilliance.

Justifying that GPDA Award, the Dutch organizers did a nice job with the post-race celebrations, ushering Jim and the 25 up between the crowds onto a trailer, where the new Championship points leader could be acknowledged by the fans opposite in the packed, signature grandstand.   Jim’s policeman friend from Friday reluctantly helped with the crowd control – but then had the last word when by preventing both Jim and Colin Chapman from entering a studio for post-race radio interviews. No-one dared ask why.

In another part of Europe, meanwhile, on this day in June, 1963 – on Hockenheim’s OstCurve, in Germany  – Heinz Schreiber was killed when his BMW slid into the trees.  In the aftermath, no-one even thought about the erection of guard-rails or of any sort of protective fencing.

Captions (from top): Jim glides the 25 up the ramp for victory celebrations.  Note Cedric Selzer by left-rear Dunlop;  top-floor flat, 8 Balfour Place – Sir John Whitmore’s London pad, as frequented by Jim Clark.  Rob Slotemaker, the Dutch trickster, once completed a perfect 360 within the confines of this narrow road, much to the amusement of  Sirs Whitmore and Clark; Edington Mains as I photographed it in 1967; Zandvoort in 1967, as I saw it from a Boeing 707; Jim’s Dutch GP win, with all its aesthetic perfection, was perfectly-captured on the cover of the 1963 edition of Automobile Year; Jim and that famous scuffle; the 25’s cockpit also set timeless artistic standards; in a world of his own – Clark at Zandvoort, 1963; below – Saturday night, and Jim returns to the track after dining in Zandvoort.  The boys needed some coffee! Images: LAT Photographic, Peter Windsor Collection