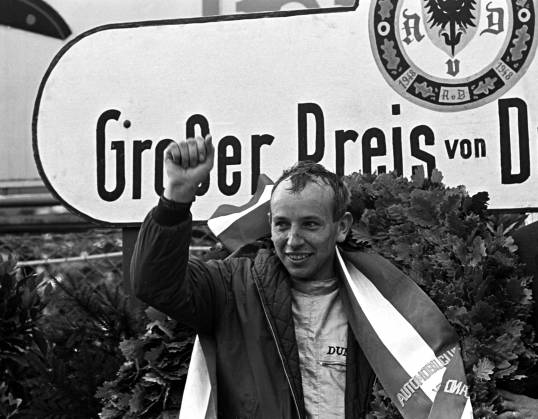 I’m delighted to hear that John Surtees has finalised a date for his excellent Team Challenge karting event in aid of the Henry Surtees Foundation.

Slotting neatly in between the Goodwood Festival of Speed and the British Grand Prix, this relaxed but extremely worthwhile event will be held on July 4, 2012, (fittingly) on the stunning Mercedes-Benz World Test Circuit at Brooklands, in Surrey, England.  Format:  a two-hour endurance race for teams of four or five persons, with karts supplied by Daytona.  The cost of the event per team will be £1,000 and, with John confirming that a certain B. Ecclestone has already reserved two teams, I hope we’ll see plenty of other key motor racing people taking up the challenge – either as drivers or as bystanders.   It’ll also be interesting to see who Mr Ecclestone has signed up!

Full details of this event (and other fund-racers for the Foundation, including the end-of-year All-Comers kart event at Buckmore Park and the Beaujolais Run) can be found at http://henrysurteesfoundation.com and/or http://daytona.co.uk.  Aside from direct costs, 100 per cent of funds raised by the Surtees Team Challenge will go to charity.

Posted in Days Past, F1, People